History of the Club

In the early 1980s a Steering Committee was formed consisting mostly of Newbury Bowls Club members with the aim of building an indoor bowls facility in Newbury:

The above members then became the Directors of the newly formed West Berks Indoor Bowls Association Ltd. Their task was to oversee the project including the purchase of the land from C. Vokins, the raising of finance and the build by Tern Southern Limited.The West Berks Indoor Bowls Committee was also formed to oversee the organisation and running of the future club.

The project was funded by a bank loan and by grants from Newbury District Council and the Sports Council. Many Founder members provided an interest free loan to the Club and some of these members included:

Here are photographs of the plot of land and the progress of the build of our club, courtesy of Maurice Davis. (Please click to view larger images) 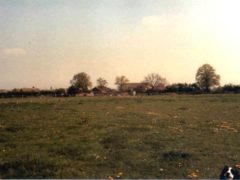 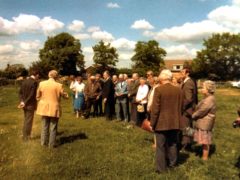 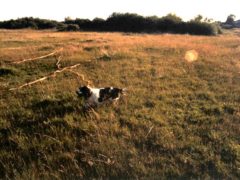 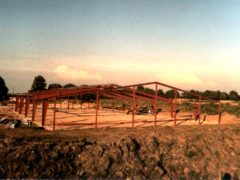 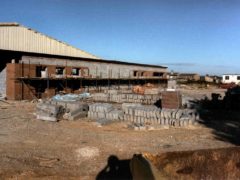 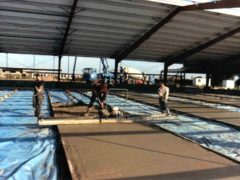 Thanks to the hard work of the Association and the Bowls Committee, West Berks Indoor Bowls Club was officially opened on the 27th November 1985 by Mrs Sanders-Rose, Chairman of Newbury District Council.

Later, following the sale of a parcel of land to the rear of the premises, the club house was extended with a purpose-built function room and kitchen, new changing facilities and improved car park.

As in 1985, West Berks Indoor Bowls Club is owned and run entirely by members for members and all Directors, Committee Members and Stewards are volunteers.

We use some harmless cookies to count visitors, and to give you the best experience on our website.

This website uses cookies to improve your experience while you navigate through the website. Out of these, the cookies that are categorized as necessary are stored on your browser as they are essential for the working of basic functionalities of the website. We also use third-party cookies that help us analyze and understand how you use this website. These cookies will be stored in your browser only with your consent. You also have the option to opt-out of these cookies. But opting out of some of these cookies may affect your browsing experience.
Necessary Always Enabled
Necessary cookies are absolutely essential for the website to function properly. These cookies ensure basic functionalities and security features of the website, anonymously.
Functional
Functional cookies help to perform certain functionalities like sharing the content of the website on social media platforms, collect feedbacks, and other third-party features.
Performance
Performance cookies are used to understand and analyze the key performance indexes of the website which helps in delivering a better user experience for the visitors.
Analytics
Analytical cookies are used to understand how visitors interact with the website. These cookies help provide information on metrics the number of visitors, bounce rate, traffic source, etc.
Advertisement
Advertisement cookies are used to provide visitors with relevant ads and marketing campaigns. These cookies track visitors across websites and collect information to provide customized ads.
Others
Other uncategorized cookies are those that are being analyzed and have not been classified into a category as yet.
SAVE & ACCEPT